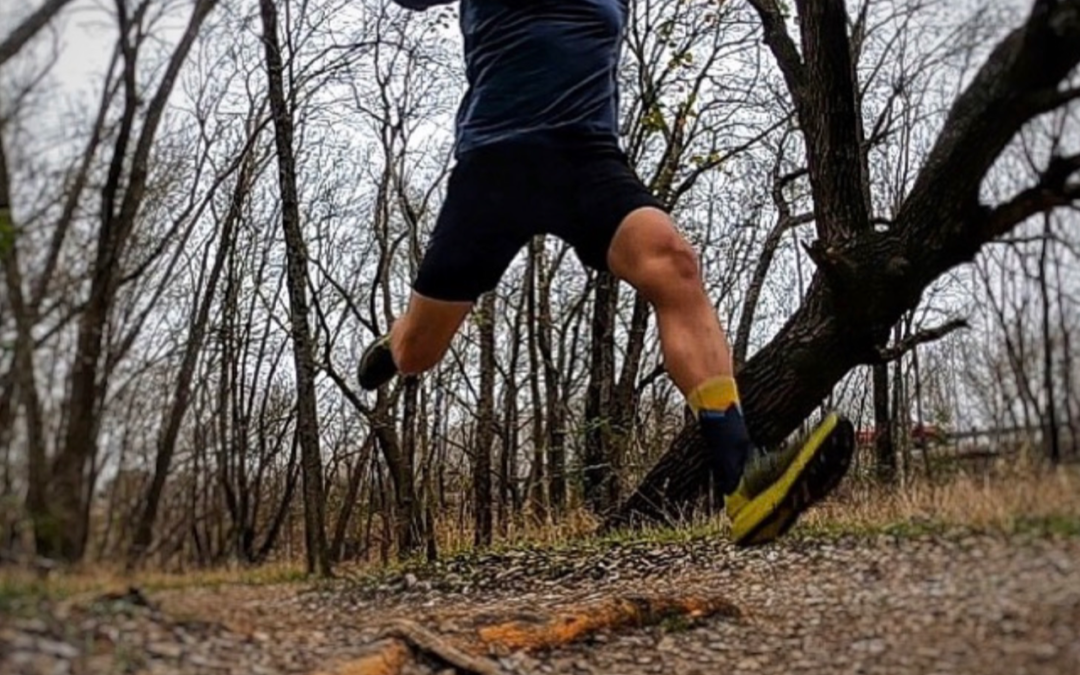 1/5/14 – The day I started my journey. I had no clue what I was doing other than I weighed 348 pounds and had to start doing something. This is when it became life-changing, but it was the start. My best friend was going through a divorce and wanted to get in shape, and he started running. I went through a break-up and worked on my depression, and I decided I needed to join him. It only lasted a few months, but it set up everything I needed to continue my journey a few months later since a few months after we started this, I attempted suicide for the second time. By the grace of God, I’m still here to share this story. And that’s when I asked and prayed and begged for a sign for something to change, not knowing that change would come from within after watching a running YouTube video!

I then set out goals on a weekly, monthly, and long-term basis. It was all to lose weight, but I had to do it with something I hated to do – running! Why did I hate running you ask? Well, when you weigh 348 pounds, it hurts! A Lot!!! You can’t handle the pounding your knees, ankles, and joints take. You’re slow as hell – my first run was a 5K on an elliptical, and it took 52 minutes! I could have walked it in 52 minutes! But the goal was to run five days a week and work on getting 1 minute faster every week. I was able to (over the course of 8 months) lose 70 pounds and get that to about a 20-minute 5K on the elliptical, so my next move was to the treadmill. Oh, how that was a totally different type of workout that challenged me yet again. I wasn’t ready for it either, and I fractured my hip on my 3rd treadmill run. Long story short is I went through many ups and downs over the next five years ending with a broken foot in June of 2019. I was signed up for the Cowtown Marathon after running a few half marathons with some friends…

9/3/19 – This is the date I was medically cleared to start running again. I had gained some weight back and was now at 268 pounds, but I knew what I had to do. I had been through many injuries over the past five years, and I had finally learned from my mistakes. But I knew to be able to have a shot at this marathon, I had to run every single day! So, I did… I followed a training plan for beginners and soon realized this didn’t provide enough of a challenge for me so I decided it was time to move treadmill running to the roads permanently to get ready for the race and get used to the conditions outdoors. I adjusted to the roads, started to love running in the cold since it was all winter training, and kept losing weight. Running became more fun now that I was running outdoors and not on the dreadmill. I was enjoying all that running was offering me. Something that I did because I hated it became something I loved and didn’t want to go a day without!

Cowtown Marathon – 3/1/20 – I finally made it! I had the best and worst experiences on this day! I had planned and trained well and thought I had my nutrition perfected. And all of that is probably accurate, but I decided to run without a bottle and carry my gels since it was 40 degrees to start. By the time I finished, it was 81 degrees, and I hit the wall for the first time about mile 23. Those last 3 miles were so brutal since I had only ever run a 22-mile long run before! But I made it through and learned that I beat my goal time of 4 hours! 3:49:08! Such a great experience, and I was looking forward to my next race… and then the world shut down two weeks later! Enter the world of virtual running. I ran a bunch of virtual events in the marathon and 50K distance and did my first ever 100-mile training week. I had a little extra time on my hands with my company not being “essential” and having to close for 8 weeks. So, I turned to running, and I ran a lot during those 8 weeks! I really wanted to see how far I could push myself so I signed up for a 69-miler thinking I had plenty of time to train for it since it was in May, and then it went virtual too. We set up the local trails right by where I live to and I got about a marathon in, and a 15-hour rainstorm hit, leaving me to resort to running parking lot laps; which I did for 49 miles (about 460 something laps)! Definitely an experience so once I jumped into trail and ultra-running, I was hooked. How did all these people train to be able to run this far and do all these crazy adventures? I had to find out! And in turn, that helped all my road running as well.

What now, you may ask? My run streak is at 501 days and counting; I have an upcoming 100 miler at Rocky Raccoon in Huntsville on February 6-7, and I plan to add in training for a 200 miler, possibly depending on if I’m accepted into Cruel Jewel in May. Running has changed my life, brought me into a community of people I never knew I needed, and improved my health in every way possible! I will say that it’s not always easy and it’s not always fun. Some days are flat out work! Some days everything hurts and you want to quit. Some days you might say to hell with this and I hate running. Those are the days I think I might love the most as soon as I finish. So keep going. You started it for a reason. You fell in love with it for a reason. Keep going. And that applies to how you treat everything in life!