Keeping Track: Speedwork Is Not as Intimidating as You Think 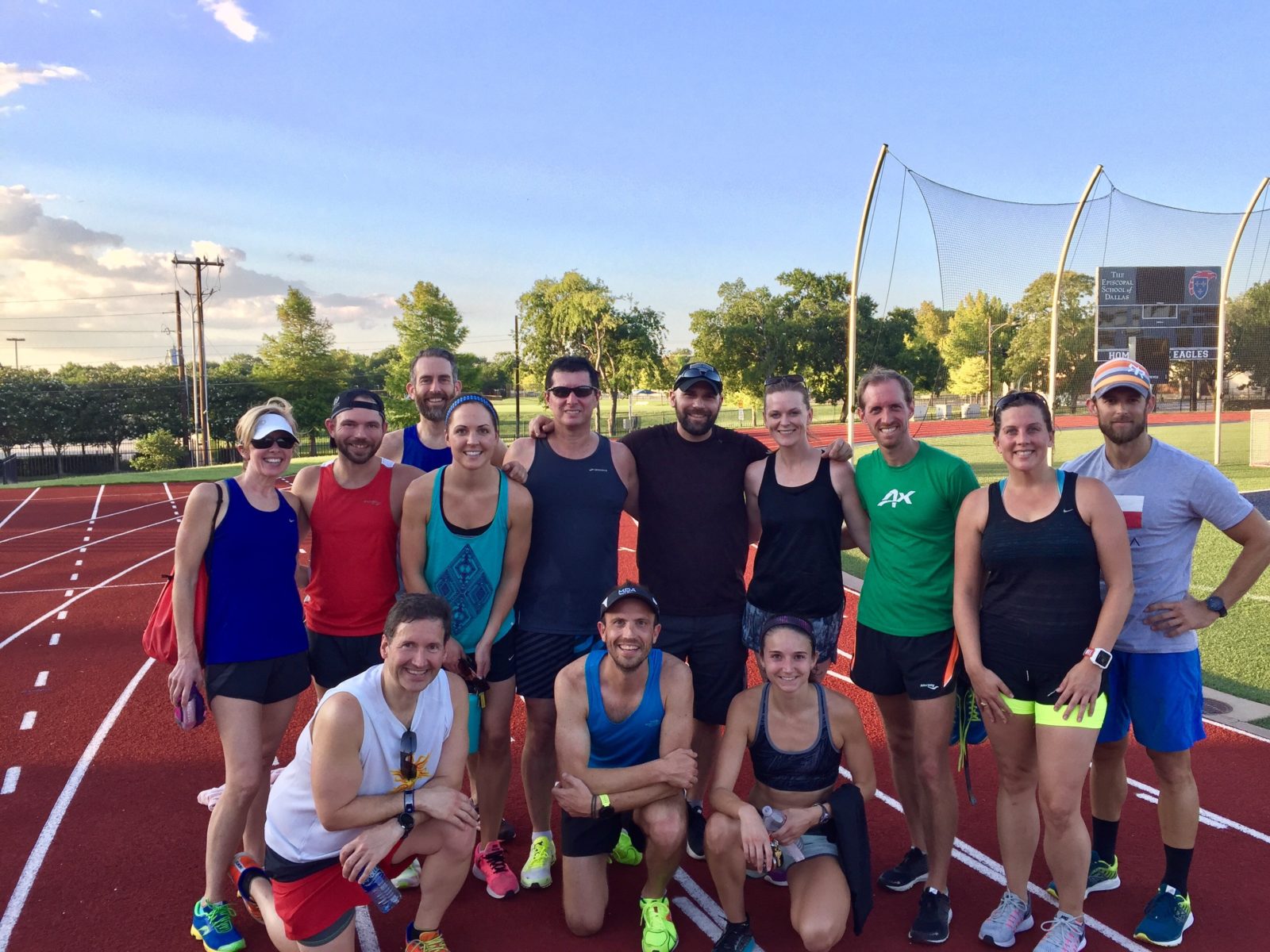 It was a muggy summer night about four years ago. The five of us meet at a friend’s house a mile from the nearest high school track and warmed up with a quick jog through the neighborhood. The plan was to take the first week easy running straights and curves. Because we knew our paces varied, I’d set the workout for 20 minutes. Run the straights on the track and jog the curves. However many laps each of us could get in in that time would be plenty. The slightly faster, fitter runners would do more miles. Even the slowest would get in two and half to three miles—more-or-less a 5K. The next week we’d run 400s, and build after that, but always for time so the group started and ended together regardless of pace. It was social. It was fun. We stayed for dinner at our host’s house every Tuesday that summer and into the fall, usually grilling on his back patio and dipping our tired legs in the pool.

The group grew. The next week there were six of us, and soon ten. A friend would come and next time bring another friend. Some came every week, some less frequently. When it got too dark to run at night, we took the winter off and started up again in the spring. Four years later we follow the same pattern. The group is over 100 runners now, though generally about 15 or so will make it out to the track on any given week. We still run for time—all starting and finishing together regardless of pace. We encourage each other, sometimes challenge each other, and always eat together after a workout. It’s not meant to be intimidating. We’re just a group of friends who meet at the track once a week to have fun and pursue our fitness goals together. Anyone anywhere could recreate what we have by following a few simple guidelines.

Who Should Run Track?

Runners of all fitness levels can benefit from limited sessions on the track. Runners who feel like they’ve plateaued in the 5K and 10K can benefit especially. It’s a good idea to build a base of 20 or more miles per week first and maybe limit track workouts to every other week until you’re used to running hard. But regardless of pace, the relatively short circle of a 400m track helps keep a group of mixed abilities together. Don’t be afraid to join other runners even if they seem faster than you. Track nights make great social runs. Everyone works at his or her own pace, and the group stays generally in unison. The exposure to more experienced runners and faster paces is a great way for runners trying to build fitness to advance in their training. Just be aware of the terrible ‘too’s and don’t go too fast for too long, too soon. At the same time, don’t hold yourself back by only running on the track with people of the same ability. Save the last one or two intervals to chase the rabbit.

When Is the Right Time for Track Workouts?

There’s never a bad time to head to the track, but some workouts make more sense early in a training plan and some should be saved for later in the season. There should be a steady build up. The pace may stay the same, but the length of the interval gets longer, the rest time between gets shorter, or you add more intervals and the volume of total miles in the workout slowly goes up. You also want to consider your specific running goals and choose workouts tailored to maximize your efforts towards those goals. If you want to run your fastest marathon, a session of 3 x 1 mile repeats at your 5K race pace, for example, isn’t going to produce the adaptations you need to run moderately hard for a really long time. It’s going to build leg strength that probably translates to the 10K and 15K, but you’ll feel just as tired at mile 16 of the marathon as you did before adding track work and you won’t finish any faster. You’d be better off keeping your mileage high, building the kind of volume required for marathon training and spending just a little time on the track to add strides or 200m intervals. Those short speed bursts aren’t so exhausting you sacrifice your high mileage. On the other hand, only doing short intervals isn’t the way to maximize your 5K or 10K training. The best way to prepare to run hard is by running hard. (And don’t be fooled, the 5K is short but one of the hardest races you’ll ever run if you do it right.) For races shorter than an hour, build up intervals on the track until you can hold race pace for one-mile repeats with just two or three minutes rest between. The key is start easy. Give yourself a few weeks to get used to the work. Then don’t be afraid to try new things. See what works and what feels good.

Why Run on the Track?

I run track workouts regularly because I think they’re fun and because my body responds to speed work better than high mileage. I’ve learned that about myself after decades of running. And it’s definitely something every runner should consider when building a training plan: intensity vs volume. But even if you prefer long runs or know that’s what your body reacts to, mixing things up in your race preparation every now and then is a good idea. Variety of training stimulus produces fitness adaptations. If you run the same workouts all the time—whether that’s long, slow runs or fast track intervals—your body only learns how to perform that one task. Come race day you’ll struggle. You may hit a wall, or you may just feel sluggish. Avoid that dullness by shaking up your routine every couple of weeks. Track workouts come in infinite variations and it’s that variety that will keep you sharp.

The track is also the best setting to practice dialing in pace and become a more efficient runner. One lap is 400m, about a quarter of a mile. Don’t follow the pace on your watch. Know what splits you want to hit for each lap and run by elapsed time. If you’re training for a 20 minute 5K, for example, don’t just average 6:26 per mile. Try to hit every lap in 1:36—that’s the equivalent duration per 400m for your pace goal. GPS watches do funny things. Look back at your workout next time you think you nailed that 6:26 pace and you’ll see (if you hit the lap button every 400m) splits of 1:30 to 1:42. Can you run a 6:08 mile or a 6:48 mile? Your watch isn’t sure. Don’t trust it when running on the track. Trust the duration of your intervals, not the pace displayed by GPS. There are plenty of calculators online that will do the math for you. Just Google “pace calculator” and play around with it. I’ve seen runners even write splits on their hand or wrist with a sharpie to stay focused on hitting every lap with precision.

How Do You Do Speedwork?

Comment below and let us know how you run your track workouts. Do you meet up with a group? What’s your favorite workout?