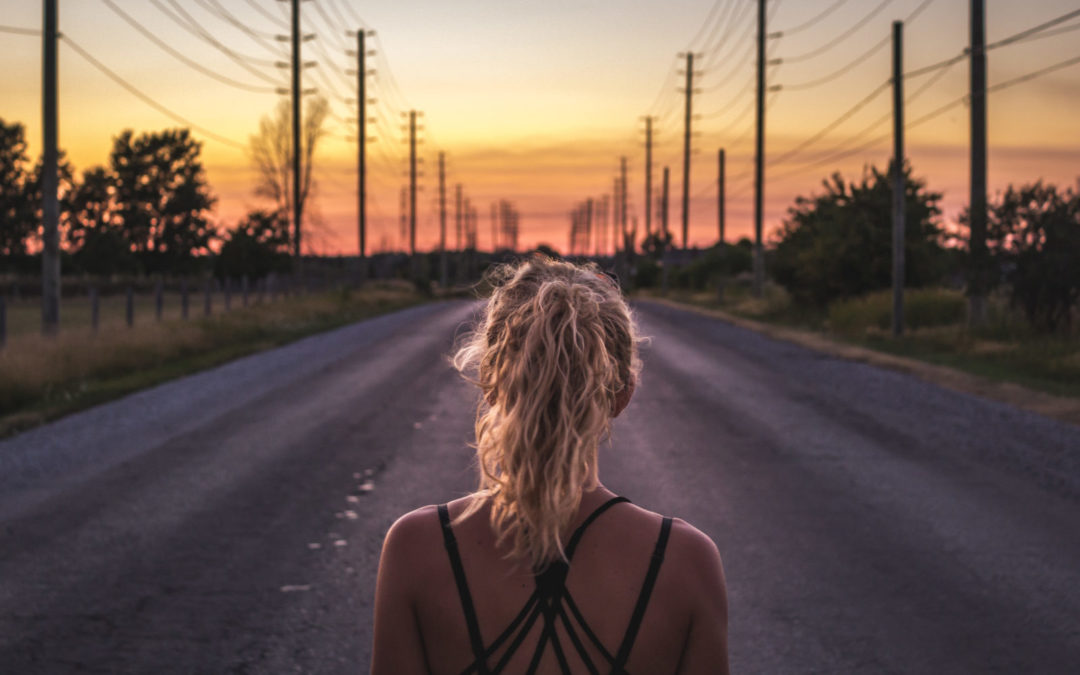 Hill sprints, mile repeats, and ultra-distances might make others squeamish, but not me. If there’s one element that reliably throws a wrench in an otherwise unflappable attitude, it’s Daylight Savings.

While some runners joyfully embrace longer hours of sunlight and warmer temperatures, I am not among them. I want windchills, sleet, and jingle bells. Give me split-shorts, singlets, and sunnies on New Year’s Eve. But, in endurance sports, as in life, we can’t always get what we want.

Summer is on its way. I live in Texas.

I can’t stand the heat. I can’t get out of the kitchen.

I’m overheated just typing about it.

While few competitive runners would say they prefer racing in high heat, some seem more bothered by it than others. That frustration may be partially attributable to higher-than-average muscle mass. Unlike fat, which merely insulates from external temperatures, muscle generates heat internally. And fit folks – particularly those who are denser – tend to sweat sooner and more, a positive thermoregulation mechanism only when those fluids and electrolytes are replaced adequately in a timely manner.

So, while it’s true that you might see a natural born beefcake on a podium, slender athletes enjoy physiological advantages in addition to their lighter overall weight.

Other reasons summer seems so challenging are surely psychological. According to the RRCA, performance degradation begins at around 60 degrees Fahrenheit and, by 80 degrees, paces are generally around 12-15% slower. As effort increases, most measurable signs of improvement will decrease.

Even with proper acclimatization, which the RRCA estimates can take a minimum of 10 hours of consistent exposure, coaches suggest training at one to two minutes per mile slower than goal pace times. An individual body might demand even more caution, making it more difficult to train with friends or established pace groups. As a result, summer training can be lonely.

While these struggles are temporary – ask any runner who has smashed a P.R. in the fall after a diligent summer plan – reaping their rewards requires discipline, commitment and, often, blind faith. It’s the same type of determination many of us take to hill sprints, mile repeats, and ultra-distances — just in a different package.

So, let’s repackage it.

Summer running sucks. It’s not all in your head, but some of it is. Play these mind games to make it through to fall.

Hide in the Shadows

No, we don’t mean forsake your friends as you mope in vampiric darkness of your air-conditioned apartment. Hide in the shadows at a local nature preserve.

Trail running is exciting all year long – and a great way to build core and quad strength as part of your regular training program. But, tree-lined paths have bonus benefits during summer.

Absorptive asphalt and climate-specific convection issues contribute to what scientists call the urban heat island effect. If you think you feel cooler in nature, well, you probably actually are, by a few degrees at least.

That’s to say nothing of protection from UV exposure one enjoys under a canopy of leaves and the fact varied terrain requires runners to slow down around rocks, roots, and racoons. That means you’re less likely to overdo the cardiovascular aspect of your workout while gaining bonus strength and balance training.

Baking yourself on city streets or paved paths gets old, quickly. If you haven’t tried trail running, it’s time to explore one of D-FW’s off-road hidden gems.

Commit to Cross Training (For Real, This Time)

How often do we hear runners lament a lack strength or stretching practices that would, surely, increase overall performances? Many of us make the time for long runs and carefully monitored weekly mileage totals by cutting those corners. Dedicate summer months to the gym, pool, or yoga studio. Or, use the opportunity to focus on foam rolling and other types of prehab.

While it can be hard to reset your thinking – what if running fewer days per week causes me to lose endurance, speed, or … my mind … ?! – total body balance may well be a silver bullet to better performance when you pick up mileage again in fall.

After all, the definition of insanity is doing the same thing over and over again and expecting a different result. Take a break from nonstop training, and give yourself an annual gear-up.

It can be hard to motivate for high-intensity runs in the thick of a 20-week program. When cumulative training fatigue sets in, many of us fall back on a moderate pace that facilitates more “time on our feet” rather than pushing hard when the plan calls for it.

That’s fine and good in fall, but if the idea of spending two to three hours outdoors in summer sounds incomprehensible, make a training plan that’s all about expediency. Your overall load will be lighter, which means quicker recovery and a fresher daily approach.

With careful hydration and other safety measures, an intense half hour beats a miserable slog many days. At the bare minimum, these powerpack workouts can make the miles go by faster through drawing your attention elsewhere. Just make it to 30 minutes. Less time than an episode of Game of Thrones.

Check out Coach Matthew Kingore’s blog post about how anyone can benefit from high-intensity runs, especially during summer: Keeping Track: Speedwork is not as intimidating as you think.

Sure, you could spend May, June, July, August, and part of September pouting. I might, still.

But, this year, I’m also going to lean in with a laid-back attitude at Too Hot to Handle and Melon Dash, two upcoming Run Project races that make the most of the heat.

Back in 2011, Too Hot was my first 15K and, at the time, longest distance yet. These days, it features three fast, flat events – 5K, 10K and half marathon – as well as a beer garden and lakeside party. Melon Dash provides a picnic vibe after its 5K and Fun Run events through adorable downtown McKinney. The afterparty includes Hairy Gorilla pickle slushy shots, hot dogs and, of course, ice-cold watermelon slices.

Fun, right? And, there are plenty more spins on summer on the Texas Race Calendar.

If more than half of your year is hammer-down toward PRs, BQs, and gutsy new distances, consider the encroaching off-season an opportunity to enjoy a favorite pastime with less seriousness.