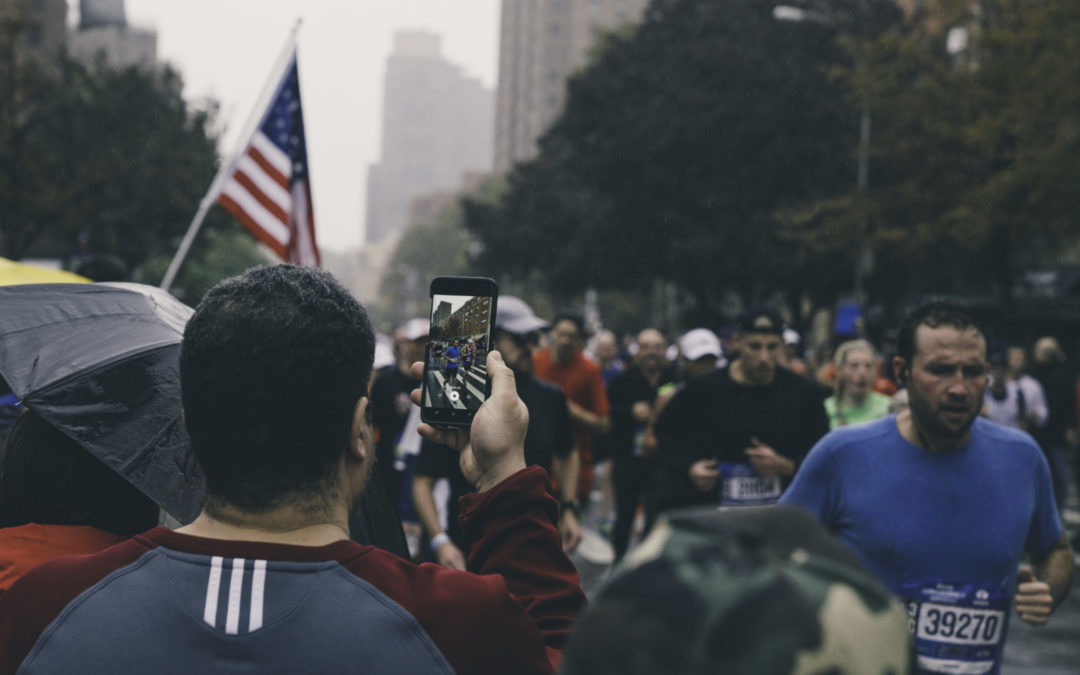 Runners can be solitary creatures, but it’s virtually impossible to misidentify a gaggle of them in the wild.

You might recognize them by the overdeveloped calves or tiny shorts. But, an even more obvious indicator is the fact that they are talking about running. Obsessively, even. Topics include foam rollers and elevation profiles. Urine color has been known to become friendly competition among friends.

But, what do runners do when they are forced to slip incognito among normal society? To whom can they turn during holidays when well-intentioned family members caution of ruined knees and exercise-induced anemia? How might they cope while rehabbing an actual injury – not my knee, Uncle Mitch – watching from the bench as friends get faster by the minute?

Well, they seek their people in other formats. Here are YouTube and social media accounts that make great company when runners cannot be among their own.

We said “mostly” regular folks because gender-fluid polyglot Eddie Izzard first gained international fame and cult fandom in the 1990s as a wry standup comedian. While you might recognize his name – or one of his iconic jokes, “Cake or death?!” –  perhaps you didn’t know that Izzard is also an avid runner who has used his combined gifts to raise millions of pounds for charity.

He undertook his first running challenge in 2009, when he completed 43 marathons in 51 days, crossing the U.K. to raise money and awareness for Sport Relief. In 2016, he set out to complete 27 marathons in 27 days across South Africa to honor the number of years Nelson Mandela spent imprisoned on Robben Island.

The BBC produced an official documentary, which you can also find on Izzard’s YouTube account, but first start with the daily vlogs he recorded while crossing South Africa. Each video is a mere 3 to 10 minutes, but even in such short packages, viewers see incredible countryside; learn about Mandela’s struggle; and, watch the drama unfold as Izzard battles heatstroke, severe sunburn and self-doubt.

Ethan Newberry’s success as a “full-time content creator” is nothing short of a Cinderella story. He started out as an actor/comedian and corporate Art Director before launching his own running-focused website, gingerrunner.com, in 2011.

Newberry’s earliest videos mostly consisted of shoe and gear reviews, but he was soon recording race reports with his trusty GoPro. Along with his wife and accomplished ultra-runner in her own right, Kimberly Teshima Newberry (a/k/a Mile Long Legs), Newberry transformed his crimson-haired alter ego’s hobby into an empire. Today, he’s a musician who produces his own soundtracks, a race director who founded the mountainous Tiger Claw in 2019, and a talk show host who regularly interviews running community celebs during his weekly Ginger Runner Live program.

There are a lot of reasons to praise The Ginger Runner, but perhaps the most important reason is that Ethan Newberry seems like, well, a real dude. He shares the flaws, the fears, and all.

While he does still vlog and make videos about his and Kim’s experiences, Newberry has also honed his skills as a professional independent filmmaker, producing remarkable documentaries about the pro trail running community. It’s hard to go wrong with anything on Newberry’s YouTube account or gingerrunner.com, but we especially recommend these personal favorites:

Mirna Valerio is a Renaissance Woman. Her “Fat Girl Running” blog first attracted the attention of The Wall Street Journal in 2015, and since then the educator/mom/trail beast has become a certified running community celeb. She has been featured as the subject of articles in more than a dozen publications, but a writer of Valerio’s talents belongs behind the keyboard as well; these days, she has mostly moved on from her personal blog, and her most recent work can be found in Women’s Running. On top of that, her memoir, A Beautiful Work in Progress, became an Amazon Best Seller upon release in 2017.

But, if you want to hear from Valerio more face-to-face, she’s active on Instagram, where she posts frequent stories. At times she doesn’t have a current one, you can find lengthy story highlights from her experiences at the Marathon des Sables, the New York Turkey Trot, Ragnar Adirondacks, and assorted clutch clips from daily happy running.

Bonus badass: If you love Valerio, check out her mentee and fellow athlete/blogger, Latoya Shauntay Snell.

Some runners bristle at the word “jog,” but its humility and rhyming humor are key to understanding the vibe of Andy Bowman’s young account, Dad Bod Jog Vlog. Bowman introduced his mission to get back into running – and lose the dad bod — in mid-2018, with a delightfully honest and funny video that included an, ahem, awkward moment with amorous cows.

While most others on our list have amassed huge followings and fandoms, Bowman’s journey still in-progress and relatively new. That makes him a friendly companion, particularly for viewers who feel like they are starting back at square one. His creative low-fi videos are consistently entertaining and, visually, they are filled with scenes of rainbows and stunning southern English countryside, not to mention his aforementioned bovine cheer squad.