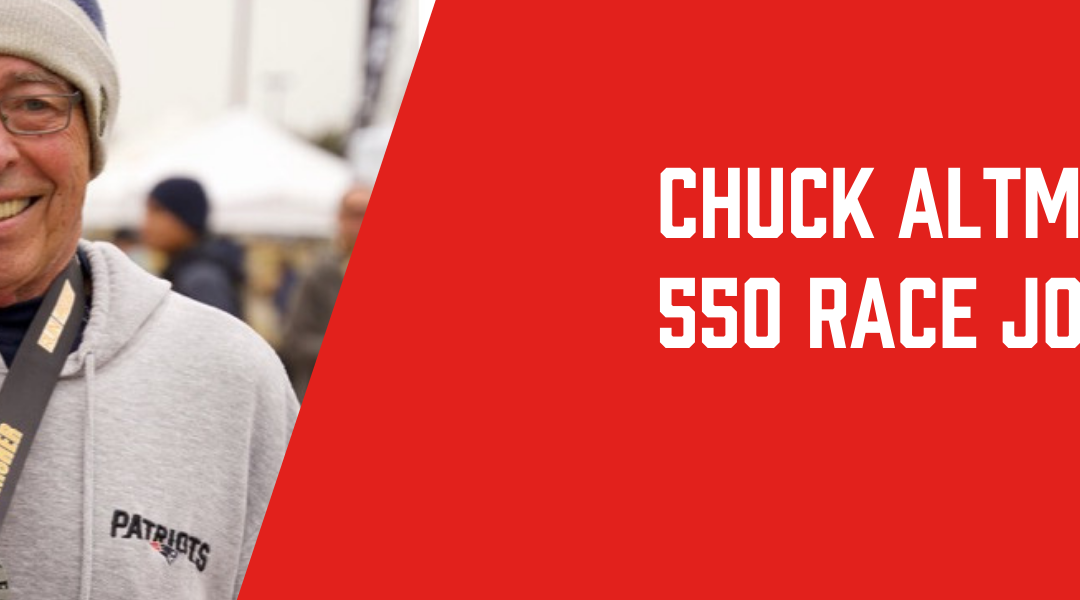 In 1984, one of several years in which I kept a diary of my runs, my mileage total for the year was 2,200+.The most memorable marathon will always be my first – Boston in 1983. Other prominent memories include the Millennium Marathon on January 1, 2000 in Hamilton, New Zealand and my 500th race, a half marathon in Madrid.

My inspirations and fervent supporters are twofold: my son, Zach, 22, a dedicated and very talented runner in his own right…and my very special friend, Michelle, who has cheered me at the start and finish of more than 60 races, capturing my exploits in photo and video, albums of which I treasure.

I take great pride in being able to run in my 80’s and hope to still be doing it in my 90’s (next milestone goal is 600). Age group finish status when you’re 80+ is less significant than just being a finisher at that age!

Running is my passion and integral to my goals of health, fitness, and longevity. Training runs typically begin before dawn, allowing the frequent sight of magnificent sunrises as well as the pleasure of emotionally calming meditation.

Among my memories over the years are: meeting Billy Rodgers (4-time Boston champ) at the Cherry Blossom 10-miler in D.C., running the 100th Boston in ‘96, watching my son compete in the 2018 Boston in the face of bitter cold, wind, and torrential rains, running the ignominious “alien” race on a July 4 in Roswell, NM…and for something different, doing the Bank of America stair climb (72 stories) in Dallas 3 times (doing a 4th in March).

Running is more than exercise, considerably more. The euphoria that comes from crossing a finish line is only matched by the camaraderie of being among so many fellow runners.

It doesn’t get any better!