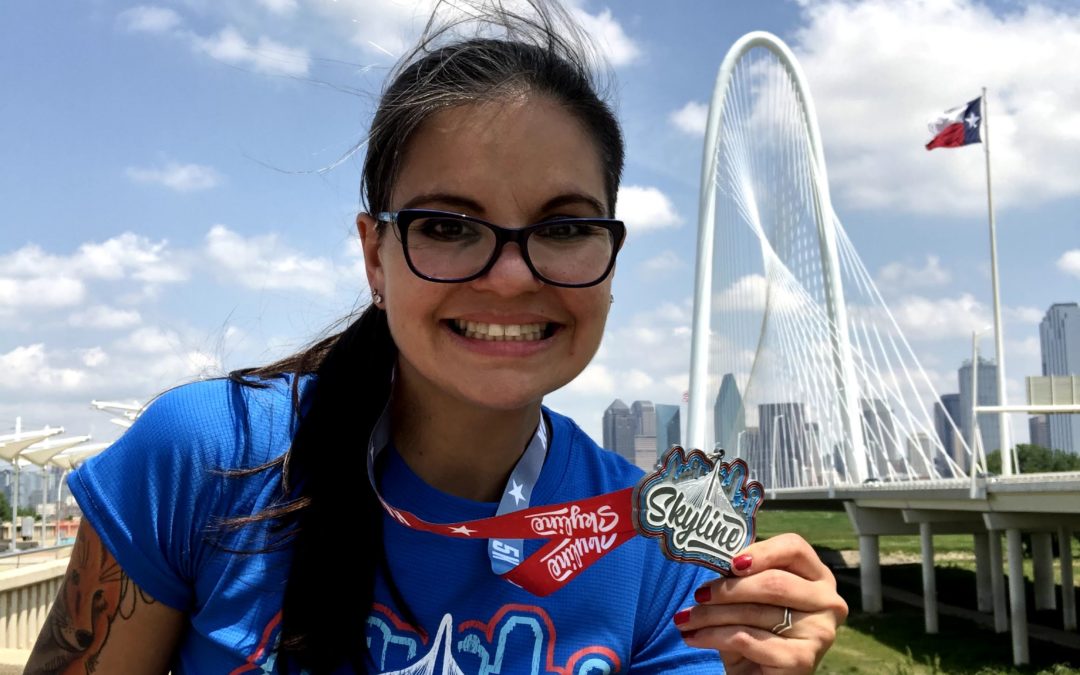 I was always the kid who cried in PE. In fact, on run-the-mile day you might find me hiding under the bleachers. After all, running even one lap was torture. I was always the smallest kid in my class so I never even considered that in my 30s I would find myself 50lbs overweight and suffering chronic pain from Fibromyalgia; but there I was. One day a friend told me about a 5K walk/run that lead to a party celebrating her small town’s history. I wanted to be part of it, but knew I wasn’t a runner like my friend was so I declined. But I wanted to be part of it and realized I had always thought runners were fascinating. They were the women who showed up to breakfast at conferences in running gear having been up for hours exploring the city on foot when the rest of us had barely just rolled out of bed. That sounded so exciting if only I could get past the fact that I hated running and couldn’t get through the day without significant pain just walking places. I thought I would give my old nemesis a try by running around my block once. I made it around my own house and had to stop. It was just as painful and horrible as I had remembered but I tried again the next day and the one after that until suddenly a week of solid rain forced me indoors. As a grad student I had a seriously underutilized gym membership and decided I might try their indoor track until the weather improved. When I got there, I found a whole world of classes to join and started signing up–deciding running just wasn’t my thing. Flash forward a few months and a new course popped up: Couch to 5K. My trainer told me to sign up and I laughed. I was NOT a runner. He was so convinced, however, that when I ran my lap around the small indoor track during HIIT he would yell “She’s a runner!” So I signed up and in April of 2019 I ran my first ever 5K around my campus and proved to myself I was a runner. I immediately signed up for the Too Hot to Handle 10K as my next race–my first that came with a medal. Following that race, I signed up to be a volunteer!  Now, a year later, I’m 50lbs down, largely pain-free, training for my first marathon, and now working within the running community at Run Project, an organization which played such a large role in my running journey.