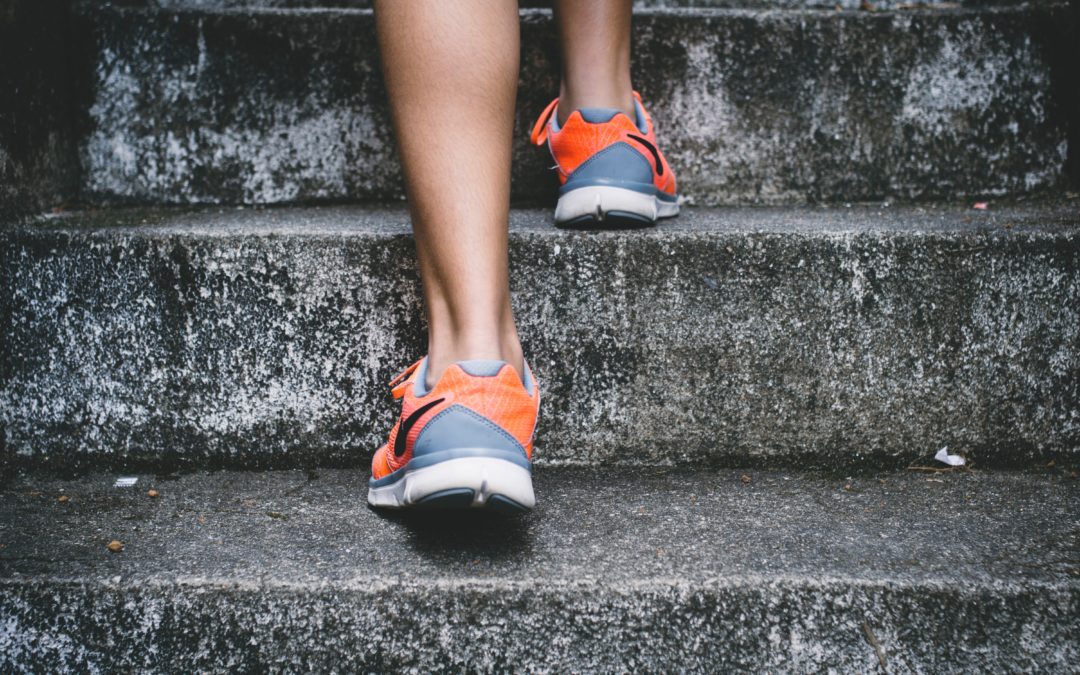 Run even when you don’t want to: Let those first steps motivate you, not hinder you.

I’ve read it before, and I’ve heard it said, that the hardest step to take when you’re not feeling especially motivated is simply lacing ‘em up that first time. That’s just not true, not for me at least. I see what those who say that mean, but I’m betting a bowl of cookie dough and a fully charged tablet with Netflix, that what such well-meaning motivators are really aiming to get across is a key point just beyond slipping on your running shoes.

In the times I’ve found myself either feeling far less than motivated, or perhaps after a hectic week or two when I’ve not run so much, the toughest step to take is actually, well, the literal first steps. Perhaps you’re like me and can relate. Claiming some sort of victory over a mental or emotional hurdle by putting on my running shoes (Brooks Adrenaline GTS for me) is weak, because I can do a heck of a lot of other things with my running shoes on that only require a lightning quick change of mind between my front door and the sidewalk.

Shoes are great like that. They cover our feet while the rest of our bodies do whatever it is our wandering, unmotivated minds lead us into. I’ll check my email for those previously annoying but suddenly urgent sales ads from retailers I don’t remember ever visiting before, or I’ll make sure my garage is straightened up even though I’ve neglected it for a year.  Most likely, I’ll hop in my truck and point it towards a cozy seat at the nearest microbrewery.

See? It’s easy to quickly reverse course and do something, anything, other than run with your running shoes on. But once you’ve stepped off your own sidewalk, let alone begin to make your way out of your neighborhood, you’re committed. You’re either running or you’re a potential road hazard for that neighbor who never seems to think he needs to take that turn quite as carefully as you think he should. You’re running because you have to.

It’s not that you get to hang a “Mission Accomplished” banner across the outside of your garage just by getting started, necessarily, but the rest of your run is, figuratively at least, all downhill. You’re doing it, so there’s no reason to stop.

By simply taking those vital initial few steps into the right direction, you’ve graduated from talking about it to making it happen. You’ve willed your thoughts into reality. I’m in my early 40s now, and many years ago, just before I entered my 30s, I started a sales job and was eager to get into the swing of things. To be more accurate, I was beginning a new career. I had never worked a strictly results-oriented job before where my pay depended on what I actually accomplished. I didn’t know then just how daunting it was to go from functioning as a big talker, rife with unsolicited ideas, to a highly productive performer with growing paychecks.

One Monday morning, early in my tenure at the company, I must’ve been blabbering on a bit too much about what I thought about this, and what I thought would be good for that, and just how we needed to go about something or other. In the middle of my naiveite-slathered filibustering, my boss, who was also the company’s co-owner, and as a former running back for the UCLA football team in the early ‘80s, cut an imposing physical figure, shut me up rather succinctly.

“Say, man, what’s next to your name on the Big Board?” he asked rather tersely, pointing his condor wing of an arm towards the wall where a large dry erase board displayed the totals of each sales rep in the room. “I’m being serious, tell me what’s next your name on the Big Board,” he urged as an awakening began to fiercely pierce my proverbial gut.

I sheepishly admitted aloud what everyone in the room knew, since the Big Board was the unmissable focal point of the office. I didn’t have a single stinking number next to my name. I had been there for a few weeks and hadn’t made a sale. I was all talk.

I was “that guy.” We all know “that guy.” I had invested in a couple of decent suits and nicer pieces of business attire before I started, so I looked the part of a successful salesman, and I certainly talked the talk, but nothing else. I was that annoying guy who shows up to the race with $500 worth of the latest, most colorful gear, fresh out of the Amazon package, who aggressively sprints past everyone during the first mile of a 5k, only to be seen a few minutes later cramping on the curb with barely a drop of sweat dampening his $50 Gore Wear Windstopper Beanie.

The deserved shaming worked. I shut up. And slowly I racked up a few sales. There was a large Chinese gong the sales reps got to smash when we landed a significant new account. It let the entire office know more business was on its way for the company. It was beautiful because there wasn’t any need for me to talk about it, or pump myself up to others. The gong did the work, but only after I made something happen for the positive first.

Taking the first steps on your run, especially when you would rather do literally anything else, is so much more than simple jogging. The first steps make the coming miles easier, more sensible. When you lose that first pound during a diet, the other pounds you may want to lose feel much more achievable. Once you’ve finally made it past the first few pages of that copy of the massive Hamilton biography you’ve been staring at for years, the subsequent chapters will likely flow smoothly by. But only when you start.

Let’s not complicate things. Starting is doing. Doing is accomplishing. Let your progress be the motivation. Don’t talk about it, don’t think about it, and don’t read about it. Start doing it.